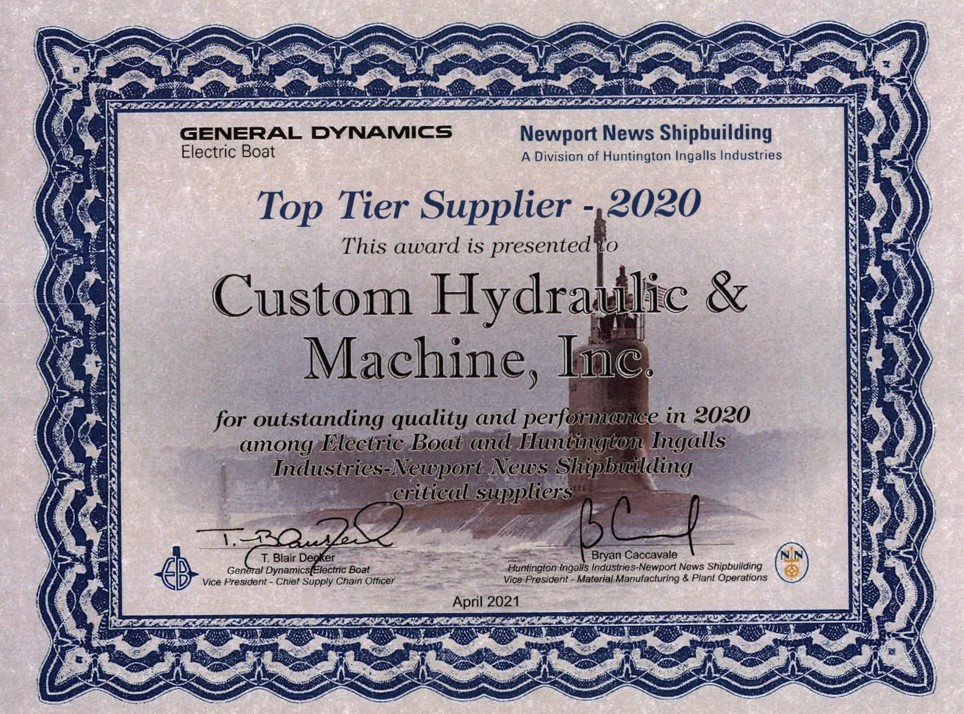 ance criteria defined by our Integrated Enterprise Plan (IEP) assessment for the past three consecutive years.

This award is for suppliers who have met or exceeded a strict set of quality and performance criteria defined by our Integrated Enterprise Plan (IEP) assessment for the past three consecutive years.

Gabrielle Giffords recently completed the longest and busiest deployment since the LCS program was overhauled and deployments restarted in 2019. Below is a timeline of events based on information provided by LCS Squadron 1 and from USNI News coverage of the deployment:

That COMPTUEX included a NATO vignette and training with SEALS from an East Coast-based Naval Special Warfare (NSW) Group for the first time in recent history, the U.S. 2nd Fleet said in a Feb. 18 release.

“COMPTUEX provided graduate-level training that simulates the full spectrum of operations, low intensity to high-end combat that IKE CSG must be ready for,” said Rear Adm. Scott Robertson, commander, CSG-2. “The live, virtual and constructive training with a NATO backdrop enabled the team to hone its application of integrated, multiple domain warfare. We are ready to deploy!”

“To ensure truly effective deterrence and defense in the North Atlantic, we need to make sure that the navies of NATO can work as one team, and that means interoperability is vital,” said Commodore Tom Guy, Royal Navy, deputy director CJOS COE. “This NATO vignette has been a great step forward in pursuing allied interoperability. CJOS COE looks forward to continuing to develop this for future deploying strike groups.”

Additionally, NSW SEAL, Boat and Reconnaissance units integrated with the IKE CSG team to enhance warfighting lethality in the maritime domain and to educate Fleet leadership on unique NSW capabilities. The SEAL Team focused on supporting COMPTUEX in maritime strike warfare. During the training, personnel helped with over-the-horizon targeting, directed combat aircraft’s action in close-air support, and other offensive air operations. NSW forces controlled operations from a Task Group headquarters. To extend the IKE CSG reach, NSW forces employed multi-mission combatant craft, which allowed operators to get closer to simulated enemies and send the real-time operational picture back to decision-makers on the ship and beyond. The SEAL Team also sent an advisor to the training cell to provide expertise on NSW capabilities.

COMPTUEX is a live, virtual, and constructive (LVC) training that provides Sailors from the IKE CSG with an opportunity to operate real equipment with real risk. LVC training increases interoperability and provides the fleet with unprecedented flexibility in conducting training across the spectrum of operations and threat scenarios. CSG 4 was involved in building the scenarios and assessing performance to ensure that when IKE CSG shows up to the fleet they are ready to operate.

The IKE CSG is a multiplatform team of ships, aircraft and more than 6,000 Sailors, capable of carrying out a wide variety of missions around the globe.

C2F exercises operational authorities over assigned ships, aircraft, and landing forces on the East Coast and the Atlantic. When directed, C2F conducts exercises and operations within the U.S. European Command area of operations as an expeditionary fleet, providing Naval Forces Europe an additional maneuver arm to operate forces dynamically in theater.